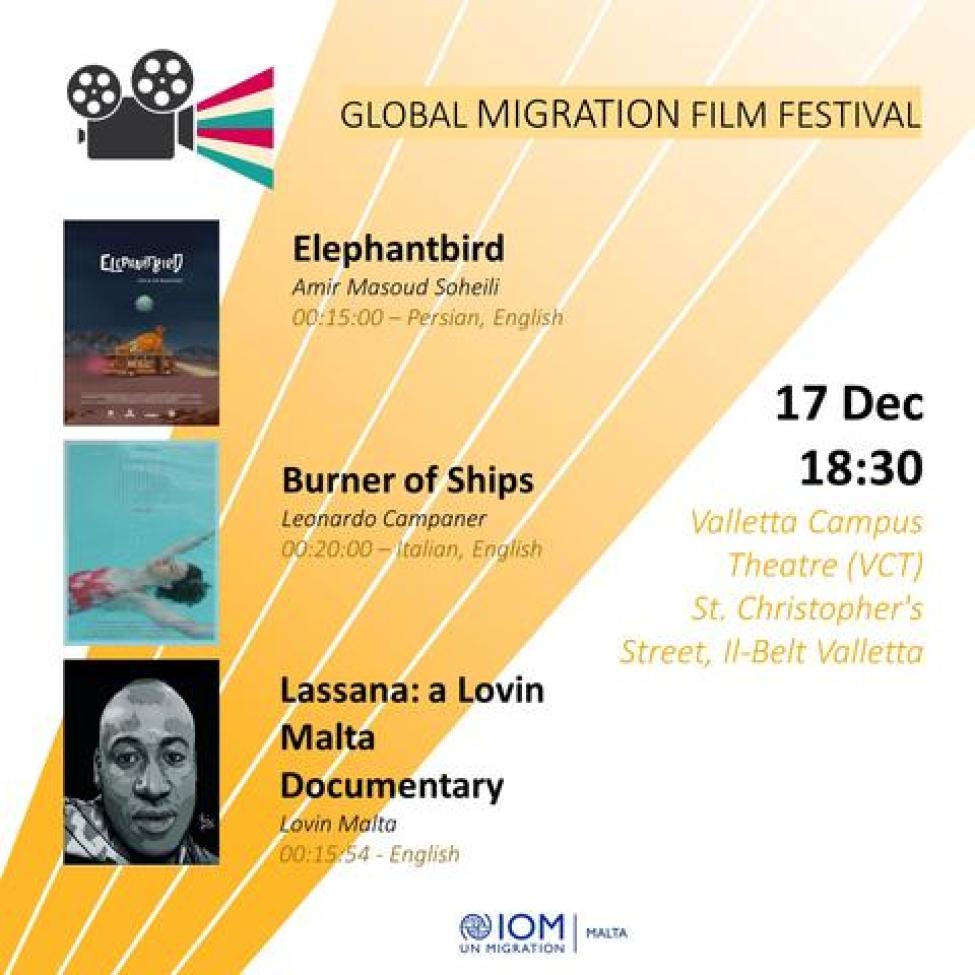 Valletta - To celebrate the International Migrants Day, IOM will host the screening of three short movies:

The aim of the event is to contribute to give a different narrative of migration. Over the years, films have been used to inform, entertain, educate and provoke debate. Cinema and migration have a magical bond stretching back over a century ago when film makers, many of whom were immigrants themselves, began making movies that depicted a world on the move. Their films brought the dramatic, poignant and comic stories of migrants to diverse audiences, through images that provoked feeling amongst people of every culture.

Local debate around migration is often negative. With this film festival, IOM wants to capture the unique contribution each migrant makes to their new community and provoke some self-reflection amongst audiences.

The event is free of charge and will be held at Valletta Campus Theatre, Old University of Malta, Valletta Friday, 17th December 2021, at 18:30.

Deaths at Sea en Route to Europe Continue Despite COVID-19

IOM to support UK nationals to regulate their status in Malta